Bali is rightly recognized as one of the most magnificent islands of the world. It is believed that the island became popular relatively recently, but very few people know that in the 30s of the last century, the Balinese resort of Sanur was already considered a mecca for European artists who came to Bali in search of inspiration. They rented villas in Bali and forgot about everything in the world, in seclusion they created their masterpieces.

One of these artists, Hispanic-born famous painter Antonio Blanco, arrived in Bali in 1952 and stayed here forever. Michael Jackson himself stayed in his house on the island, a friend who came to visit him in Bali for a swallow of appeasement.

There is nothing surprising in the fact that the island of Bali attracts world’s celebrities. Despite the growing popularity, Bali is still the place on earth where you can retire from everyone and everything.

Celebrities love Bali in the first place for the fact that if you want to stay incognito, no one will even guess about your presence on the island. For example, about the fact that famous football player Cristiano Ronaldo spent his holiday in Bali, locals learned after he left the island.

But Jack Nicholson, a famous Hollywood actor, who settled in Bali, does not hide his stay in the most popular resort in Indonesia. On the contrary, all normal, he actively strolls in public and on certain days, as if on schedule, he appears in one of the restaurants in Seminyak to enjoy jazz performed by local musicians.

In autumn 2013 Russian President Vladimir Putin visited Bali. That year’s working visit coincided with the birthday of the President. Not looking up from public affairs, Putin modestly celebrated his holiday at a meeting with the Chinese delegation, and his colleagues congratulated him with the Happy Birthday Song with guitar accompaniment by Indonesian President Susilo Bambang Yudhoyono. 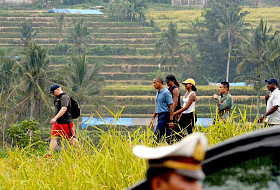 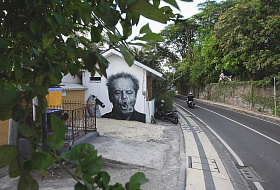 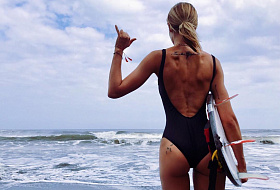 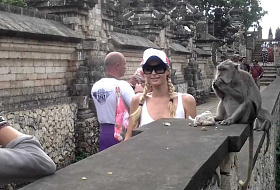 Thank you your request is being processed

No luck finding a villa?

We are sure to have some amazing options to offer for your next trip.